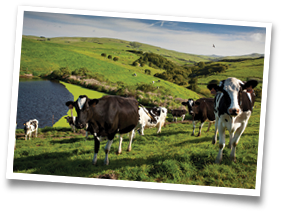 Pacific Sun, June 2012
Home and Garden: Cultivating minds
When Rey Mayoral, principal of Novato High School, asked me to advise the Novato High Garden Club, I really, really tried to say no. My schedule was busy enough. But how could I turn down the opportunity to force a bunch of tech-obsessed teenagers to spend time outdoors in nature and learn how to grow "real" food right outside their classrooms? [ read more ]

Pacific Sun, February 2012
Home and Garden: Fertile attraction
What does that mean to home gardeners and family farmers who worship the worm and its band of microscopic cohorts partying like rock stars in our compost piles? This new labeling requirement means that under the California Department of Food and Agriculture fertilizer law, "input" materials acceptable to be used in a store-bought fertilizer will be distinguished from conventional chemical inputs and regulated in accordance with National Organic Program and Organic Materials Review Institute standards. [ read more ]

Marin Magazine, September 2011
He’s Full of It: A Point Reyes Station entrepreneur is marketing manure.
Two years ago, middle-aged Teddy Stray was fed up with the corporate life. "I was tired of the constant traveling," he recalls. "I wanted to stay closer to home; I wanted meaning in my life." Fortunately, the Bayonne, New Jersey, native was married to the farmer’s daughter. [ read more ]

Edible East Bay, August 2011
The Dish on Dairy Dirt: Ruminations on composted manure
Where does our food come from? As organic growers of vegetable plant starts, Peggy and I get to have a hand in helping people with an enthusiastic answer to this oft-repeated question by saying, "It comes from my home garden." [ read more ]

SF Chronicle, February 2011
Composted manure is the gardener's friend
I'm a poo chaser. You see, I have a number of animals in my Oakland backyard - a pair of Nigerian dwarf goats and a herd of rabbits - that spend an inordinate amount of time making poo. Every week, I shovel load after load of goat berries and rabbit pellets into my wheelbarrow, and you know what? I find myself smiling. [ read more ]

Huffington Post, February 2011
Composting in California: Come Get Your Bag o' Crap!
Well, now I can add "interviewed a crap farmer" to my esteemed resume, while checking it off my bucket list. My parents will be so proud. This so totally surpasses my piano recital at Carnegie Hall when I was 17. [ read more ]